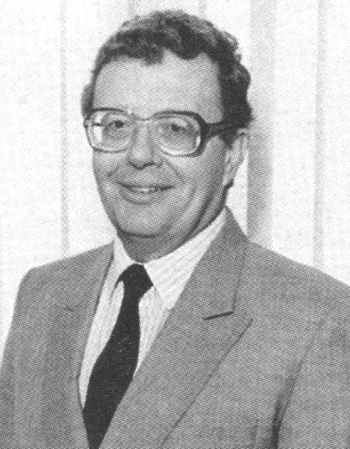 It is with deep sadness we write of the passing of Andy Watts MBE EngTech MCIPHE RP. Andy was a former CEO of The Chartered Institute of Plumbing and Heating Engineering (CIPHE), liveryman of the Worshipful Company of Plumbers (WCP) and respected stalwart of the plumbing and heating industry. He sadly died on 15 June at the age of 76, after a battle with severe respiratory difficulties.

Andy was a well-known and respected ambassador for the plumbing Industry, being honoured by the Queen with an MBE for services to the sector in 1994. While his career may have taken him to lofty heights, it started as many do, with a plumbing apprenticeship in the family business, Watts Brothers. Based in Chard, Somerset, Andy completed his technical training at Taunton Technical College and on completion of his apprenticeship, set out on the tools. By the age of 21, he fixed his sights on a new role, joining the Registered Plumbers Association (RPA) as a technical assistant in 1966.

From then on, Andy’s career progressed rapidly. His mentor, Jimmy Haig, quickly taught him the power of networking and how to promote the industry and the RPA. In 1970 the Registered Plumbers Association and the Institute of Plumbing (IoP) merged. A year later at the age of just 26, Andy succeeded Jimmy Haig as Executive Director of the IoP. He was to lead the Institute for some 35 years.

With an eye on the bigger picture and a clear idea of what the Institute should stand for, Andy navigated the IoP through highs and lows over the years; from affiliating the IoP with the Engineers Registration Board in 1973 (forerunner to today’s Engineering Council), to achieving charitable status in 1979. The late 70’s and early 80s’ saw the IoP grapple with a shortage of qualified plumbers and the rise of the handyman and DIYer, as developments in plumbing products enabled the less skilled to tackle plumbing jobs.

Andy was at the helm for many memorable occasions such as the purchase and renovation of 64 Station Lane in 1983. He was immeasurably proud of the many members who volunteered in working groups to help prepare head office for moving in day on 19 May 1984. In 1986 he led the centenary celebrations of the Register of Plumbers at London’s Guildhall in the presence of the Lord Mayor. 1988 saw the publication for the first Plumbing Engineering Services Design Guide, while other developments included the introduction of the Registered Plumbing Company (RPCo) designation in 1992, the introduction of a Continuing Professional Development (CPD) programme for members in 1994 and in January 1995 the introduction of the Code of Professional Standards.

Through the late 80s and early 90s Andy drove the desire to improve standards and push for registration of plumbing professionals. His knack for networking and politics was invaluable, leading to the Institute’s involvement in the 1981 Plumbing Adjournment Debate, the 1986 Department for Environment ‘Beat the cowboys’ working group and the formation in 1987 of the Parliamentary Plumbing Registration Group, to promote statutory registration. A follow up Adjournment Debate commenced in 1991. In the early 1990’s the Institute was consulted on the new water Byelaws and pushed vigorously for the introduction of a new regulatory framework. In July 1999, the new Water Supply (Water Fittings) Regulations were introduced (Byelaws in Scotland), with the Institute’s Approved Contractor Person (ACP) scheme given Government recognition a year later in 2000.

As a consummate communicator, Andy oversaw a new era of collaboration in the industry. 1990 saw the formation of the World Plumbing Council (WPC) at the London Conference. Andy was a founder Executive Board Director and held the office of WPC Secretary from 1996 – 2008. The WPC Executive Board bestowed its highest honour, the Distinguished Service Award upon Andy in 2011. Andy was a driving force behind the WPC forging a close working relationship with the World Health Organisation and subsequent joint publishing of “Health Aspects of Plumbing”, a critically important document that illustrates the important work undertaken by the plumbing industry to ensure public health and safety.

Following the London Conference, the UK plumbing and heating bodies that had bound together to make the Conference a success decided to maintain the momentum. In 1992 the first meeting of the Plumbing Forum commenced. This was followed by Memorandums of Understanding between the IoP and Scottish and Northern Ireland Plumbing Employers Federation (SNIPEF), National Association of Plumbing Heating and Mechanical Services Contractors (now APHC), National Association of Plumbing Teachers (NAPT), Building Research Establishment (BRE), International Association of Plumbing and Mechanical Officials of America, Institute of Plumbing Australia and the Chartered Institution of Building Services Engineers (CIBSE). In 2001 a collaboration between IoP, Worshipful Company of Plumbers and City & Guilds saw the introduction of the Master Plumber Certificate. The same year also saw the first meeting of the Plumbing and Heating Industry Alliance. 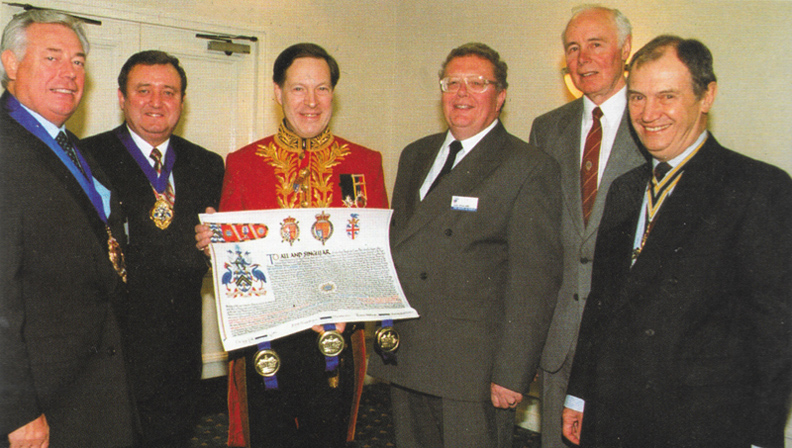 But it wasn’t all plain sailing. The Institute had to modernise. The 1998 ‘Survive and Thrive’ report recommended the IoP go through a huge governance overhaul with the introduction of a slimmed down Board of Trustees and a Technical Services Board. The Institute adapted against a background of industry change – new NVQs had been introduced, Summitskills founded, and the Government attempted to combat the cowboys with the doomed Qualitymark scheme. In 2000 the CIPHE was granted its coat of arms – linking the new Institute with a prestigious past. The IoP stepped forwards in 2002 with the introduction of the Women in Plumbing Group and publication of the updated Plumbing Engineering Services Design Guide. At the 2004 AGM members voted in favour of changing the IoP’s name to the Institute of Plumbing and Heating Engineering (IPHE) to better reflect the membership. It was a monumental move, the efforts of which crowned an impressive career. Prior to his retirement from the IPHE, he was instrumental in starting the process and application for the Institute to be Incorporated by Royal Charter. It was subsequently bestowed in 2008.

Throughout all this, Andy was an avid letter writer and ever the politician – his letters to the Times were frequent, eloquent, and often published. Many in the Institute and the wider industry, viewed his upcoming retirement in 2006 with some trepidation – he made the running of the Institute look easy and left considerable boots to fill. That assured air of authority and boisterous laugh was sure to be missed in the halls of CIPHE head office. 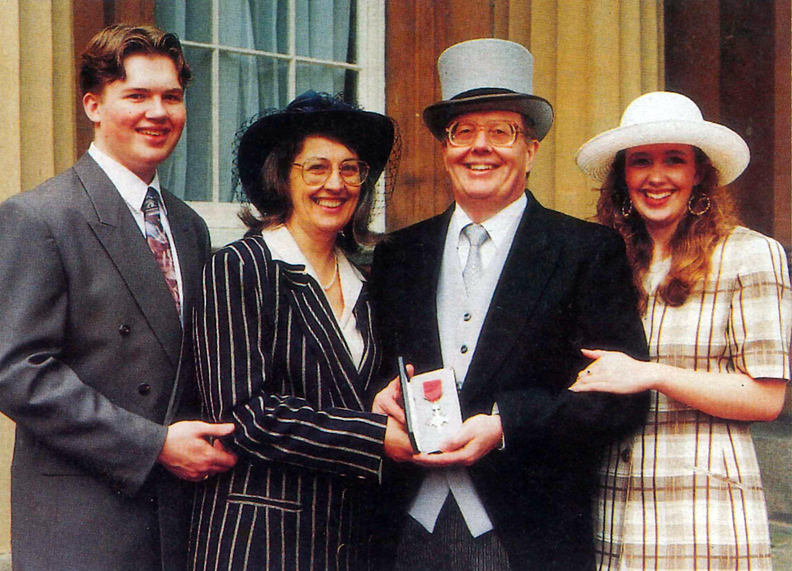 However, retirement suited him surprisingly well, giving him time with his family and grandchildren and the freedom to pursue his many interests. Andy was an avid radio ham, first licensed in 1982. He was a former programme secretary of the Havering Amateur Radio Club and also belonged to the Essex CW Amateur Radio Club. Andy was an accomplished drummer and played whenever he could for Pete Corrigan’s Band of Hope. He even played for the Queen and Prince Philip on a visit to Hornchurch in 2003. When not entertaining royalty, he could be often found at the Queens Theatre Hornchurch, enthralling jazz lovers with his drumming skills.

Andy was a true gentleman and shrewd leader, who was ‘Mr Institute’ through and through. Kevin Wellman, CIPHE CEO said ‘I will be forever grateful to Andy for all the support and encouragement he gave to me and especially with my ‘Apprenticeship’ during my early years at the Institute. He worked tirelessly to promote standards in the public interest and in the ongoing campaign to see registration for those involved in the plumbing and heating industry. The outpouring of grief across the world reflects the impact that Andy made globally and reaffirms that he will never be forgotten.”

Our thoughts and condolences go to his widow Marjorie, his children Helen and Simon and all his family. Andy, may you rest in peace.