Education, public health and industry collaboration were the running themes of this year’s Chartered Institute of Plumbing and Heating Engineering’s (CIPHE) ‘Dinner with the President’. Held on the 13 March at The Honourable Society of Gray's Inn, some 50 guests joined President Tracey Richardson for a special dinner, celebrating her year in the Institute’s most coveted position. 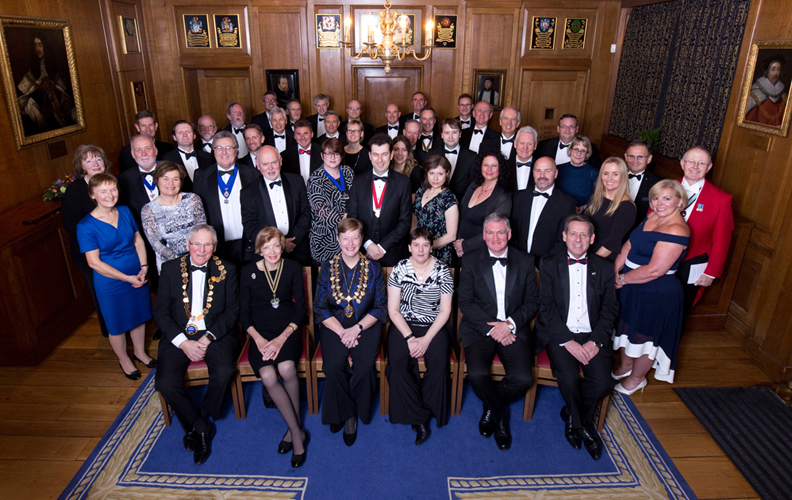 Tracey opened her speech by thanking Kirstie for her thought provoking and kind words and then headed straight into her own passion for education, touching on the introduction of the new Plumbing & Domestic Heating Technician (Trailblazer) Apprenticeship:

“I feel there are some interesting times ahead; especially to see what impact this new level 3 Apprenticeship will have on our industry… Naturally, with the introduction of any new qualification, we don’t expect it to run without any issues, but the fact we have made this momentous change to the Apprenticeship is a start, and one that we hope to build on; not only to encourage all plumbing and heating engineers to aspire to that of level 3, but also to encourage the Professionalism that registration with the Engineering Council brings about.”

The Perkins Review by the Royal Academy of Engineering (RAEng) was next in Tracey’s sights. The RAEng has recently revisited the original review from 2013, to report on the progress made. Tracey talked her audience through the developments that have since hit the industry such as the Apprenticeship Levy, new Trailblazer Apprenticeship Standards and the Post-16 skills plan, including the impending introduction of T Levels.

Commenting on what it means for the plumbing and heating industry, Tracey said, “The report recognises an increase in the importance of upskilling and reskilling the existing workforce and states how we, in the engineering profession, have an important role to play in ensuring that this is undertaken in a clear and organised manner. This is something we as an Institute wholeheartedly agree with, such as encouraging experienced workers; those often referred to as having ‘Grandfather rights’, to also aspire to gain some formal recognition of their competency.”

Addressing the CIPHE’s recent public health work in the areas of scalding and Legionnaires’ disease, Tracey said the Institute was “Leading the way in pulling statistical information together from a wide range of sources, to show what impact these occurrences are having on our hospitals in both England and Wales.” She also urged the whole industry to come together to help tackle public health issues saying, “It’s by working together with other likeminded trade associations, to form collaborations, that we should be able to see how we can all help to make the industry a better and safer place.”

Tracey, who will continue in her role as President until the CIPHE’s AGM in June, finished her speech by touching on some of the activities she’s really enjoyed as national President, such as meeting staff and students at CIPHE Approved Training Centres. She then thanked all of those who have supported both herself and the Institute in her presidential year.