In basic terms, fuel poverty is when a household is unable to afford to heat their home to an adequate temperature. While it is a complex issue that has a history going back as long as we've had heat in our homes, the ongoing fuel crisis and the energy price cap rise has thrown the fuel poor into sharp perspective. Pre-pandemic, around 3.66 million households were classed a fuel poor. This is set to rise to 6.32 million households in 2022 - that’s more than 15 million people - as energy prices soar.

What is fuel poverty?

The definition of fuel poverty is slightly different for England, Scotland, Wales, and Northern Ireland.

Fuel poverty in England is measured using the Low Income Low Energy Efficiency (LILEE) indicator, which considers a household to be fuel poor if:

In Scotland the definition of a fuel poor household is:

In Wales fuel poverty is defined as:

In Northern Ireland fuel poverty is defined as:

Who are the fuel poor?

As the cost of energy rises, so will rates of fuel poverty. The Joseph Rowntree Foundation’s UK Poverty Report said, ‘Households who spend the highest proportion of their budgets on energy are likely to be the ones most affected by the rising energy cap, with already tight budgets further squeezed. Those particularly at risk are families with children, especially lone parents, and those in rented accommodation.’

With fuel prices rising at unprecedented levels, the demographics of those falling into fuel poverty are bound to widen. Traditionally lone parents with dependents made up the largest percentage of the fuel poor, with fuel poverty being highest in the private rented sector.

With fuel prices rising, working families on low incomes, the elderly, disabled and those relying on benefits, will further swell the ranks of the fuel poor. Not only are they more likely to have older heating and hot water systems, and live in less energy efficient homes, but wages, benefits and pensions will fail to keep up with the rising cost of energy. General cost of living rises and inflation will have already put the squeeze on limited incomes. The headlines saying households will have to choose between eating or heating will be true for far too many families.

Estimates before the energy price cap increase in October 2021, put fuel poverty at around 13% of households in England, 25% in Scotland, 12% in Wales and 18% in Northern Ireland.

The three primary causes are: 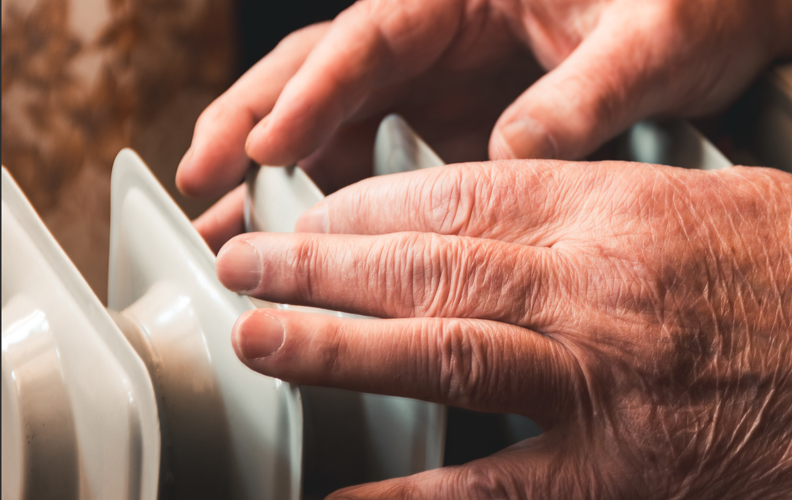 What are the effects of fuel poverty?

Fuel poverty has a direct link to health. Figures from the End Fuel Poverty Coalition state:

How can we stop fuel poverty?

With the number of households in fuel poverty rising sharply, it’s clear we need to tackle the main causes of fuel poverty and fast. Measures need to include:

What can you do if you can’t afford your bills?

If you are having issues paying your energy bills, please don’t ignore the problem. Talk to your supplier straight away, as they are well versed in the help schemes available.

You can also take steps to save money on your energy bills. Our top five tips include:

1) If you are not already using heating controls such as a boiler thermostat, room thermostat and timer, start doing so now. This will allow you to heat your home only when you need to, dropping your energy use by not heating your home unnecessarily.

2) Heat only the spaces you are using. Fit thermostatic radiator valves (TRVs) to your radiators so you can turn off the heating in unoccupied spaces, such as spare bedrooms.

3) Turning your thermostat down by 1oC can save money on your bills while still keeping your home comfortable.

4) Smart controls can make your boiler work harder for you. Not only can you pre-programme your heating, but you can turn it off and on or change the temperature while on the move via a mobile app. Some controls can even gain information from outside temperatures and weather forecasts, adjusting your heating requirements accordingly.

View our full range of top tips on how to save money on your energy bills.

UK Poverty 2022: The essential guide to understanding poverty in the UK

Our manifesto shines a light on key industry issues, and calls on parliament to understand the huge role the plumbing & heating community plays.

The water poor are often identified as those households spending over 3% or 5% of household disposable income on water & sewerage services.

Heating and hot water accounts for over 50% of average fuel bills. With energy prices rising, our top tips can help you be more efficient.